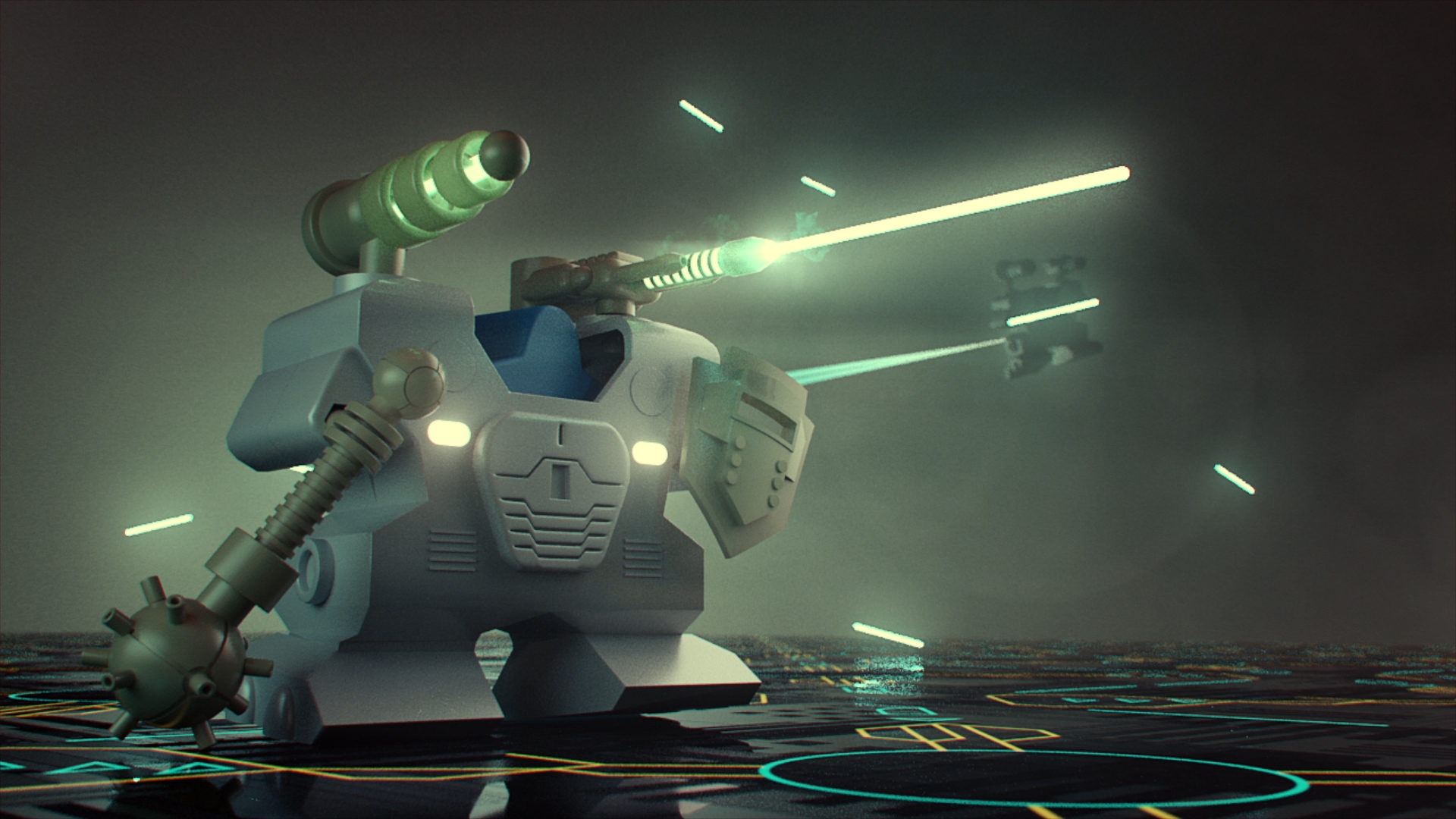 Tiny Epic Mechs is a new table top game by Arizona based games designers, Gamelyn Games. This animated trailer is the third in a series of videos Garth Lee has created for the company, with this one being used to promote their latest Kickstarter campaign. Watch below!

Garth created the trailer in C4D and rendered in Arnold.  Some of the flamethrower effects were then also made using Turbulence FD.

“The tiny characters were too short and stumpy to rig using bones like I usually would, so instead I had to use deformers to bend them into the desired poses”, says Garth.

“Originally the Mighty Mech [big machine at the end] was much more nimble on it’s feet, but we decided it needed to appear heavier and more powerful, so we settled with much slower movements.” Got a project that’s perfect for Garth? Get in touch!