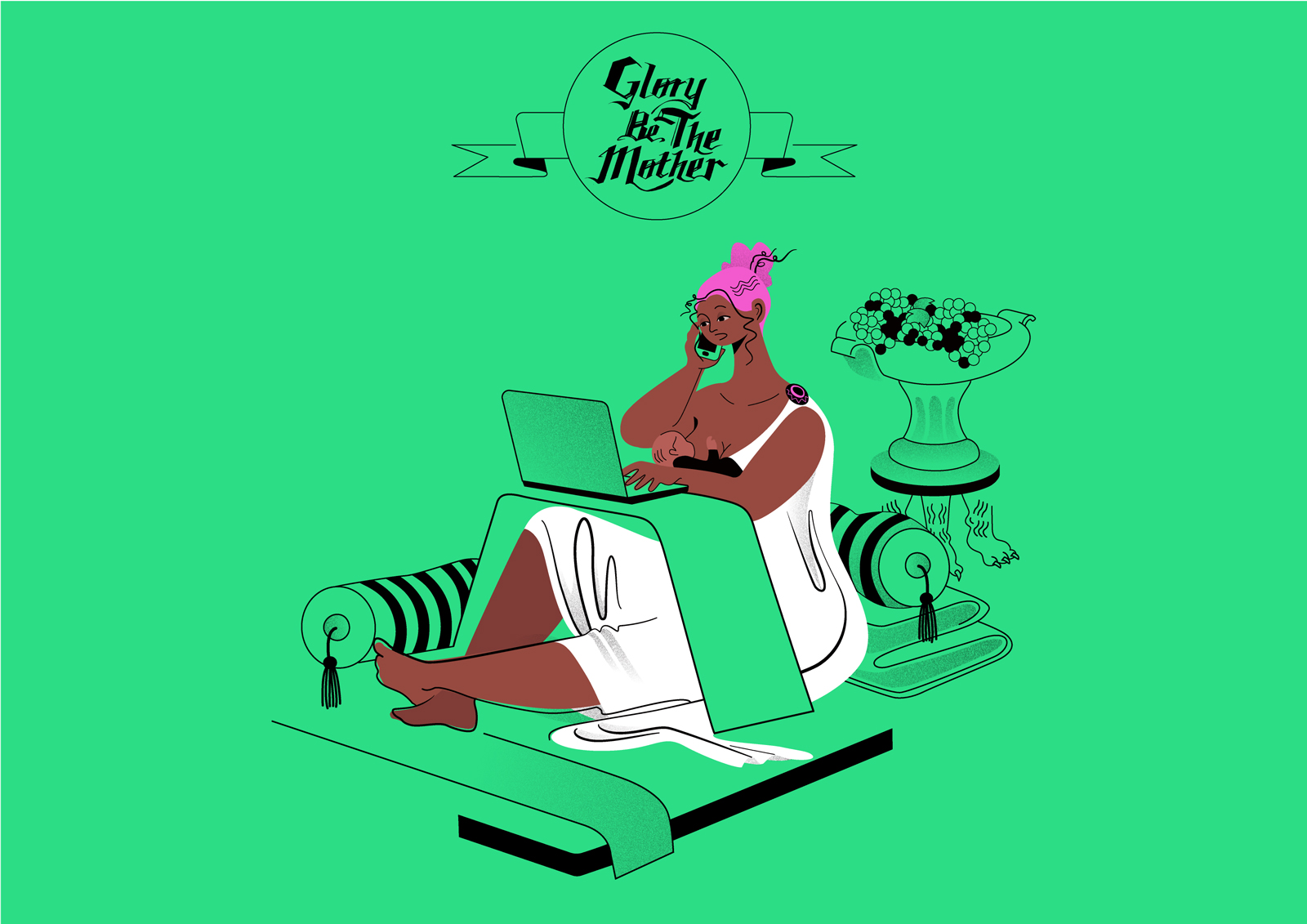 The first in an ongoing series from Lilian Darmono, The Glory of Motherhood celebrates all mothers.

“I prefer the term parenthood than motherhood. Less baggage, more welcoming to dads and other genders. But still no denying that, at the end of the day, I am a mother. To celebrate this seismic change in my life, I draw. The idea being: what if we glorify these hard tasks that society deems ‘mundane’ and ‘unglamorous’? After all, they’re gargantuan, difficult tasks and it’s nothing short of a heroic undertaking, raising children.”

“So, here’s to us mothers. Maybe I will swap these goddesses with gods, to show that being a good parent is not just something that women have a monopoly of, except of course, when it comes to breastfeeding. All good stuff worth pondering about…”