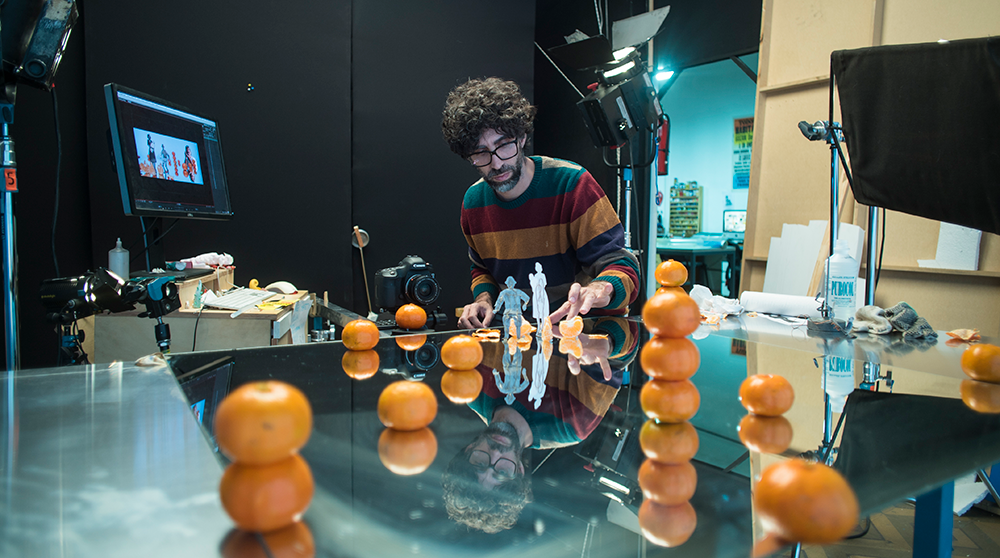 From what started as a beloved hobby as a child, Juan has gone on to reach huge success, having created 10 short films, 2 TV series and is currently holding the Guinness World Record for the most awarded short film for his spot ‘Luminaris’, which to date has won 324 awards across the globe.

We wanted to learn more about this achievement…

JPZ> The process of reaching this amazing mark was funny. During the shooting of the film, I remember telling my team that they shouldn’t expect great success from a film made in a technique that wasn’t popular at the moment. At this time, it was very rare seeing films in this style at animation festivals. It seemed that pixilation was an outdated or uncool filmmaking style, but the first feature Luminaris had at festivals showed me that I was completely wrong.

First, the film was selected in the most important event of animation in the world, Annecy International Animation Festival (France), where Luminaris got both the Audience Award and Fipresci Award (film critics association prize). From that moment, the popularity of the film spread all around the world, and hundreds of festivals invited my film to be part of it. The main achievements were the Grand Prix at Woodstock Film Festival and best animation at Anima Mundi. It was Oscar shortlisted and it received hundreds of audience awards. In the peak of the success, I remember something like one prize per day or at least a couple during the same week! The team and I joked saying “we are in decadence, we didn’t win anything today!”. For some reason, talking with the public and colleagues, I understood that Luminaris had the ingredients that wide audiences wanted: a clear story, imagination and a stunning technique approach. One day, around two years after the first exhibition in Annecy, my distributor at Promofest discovered that we were at least 50 awards over the current Guinness holder for the most awarded short. It was a complete surprise, I didn’t know that this category even existed! So we wrote to Guinness sending over the list of prizes and expecting an immediate accreditation, but it wasn’t so easy: they required us complete and accurate information and proofs of every single award. So, my producer Sol Rulloni started the arduous task of contacting each of these places again with more than 300 festivals, considering also that some of them didn’t even exist anymore (there are lots of “one-time festivals”). It took her around 2 more years to reach it, but she got 324 proofs from the 327 awards, not bad! And in the beginnings of 2018 Guinness contacted us to finally confirm that we were the official holders of the record.

Watch below the making of Luminaris:

Want to work with Juan or one of our other NERDs? Click here.