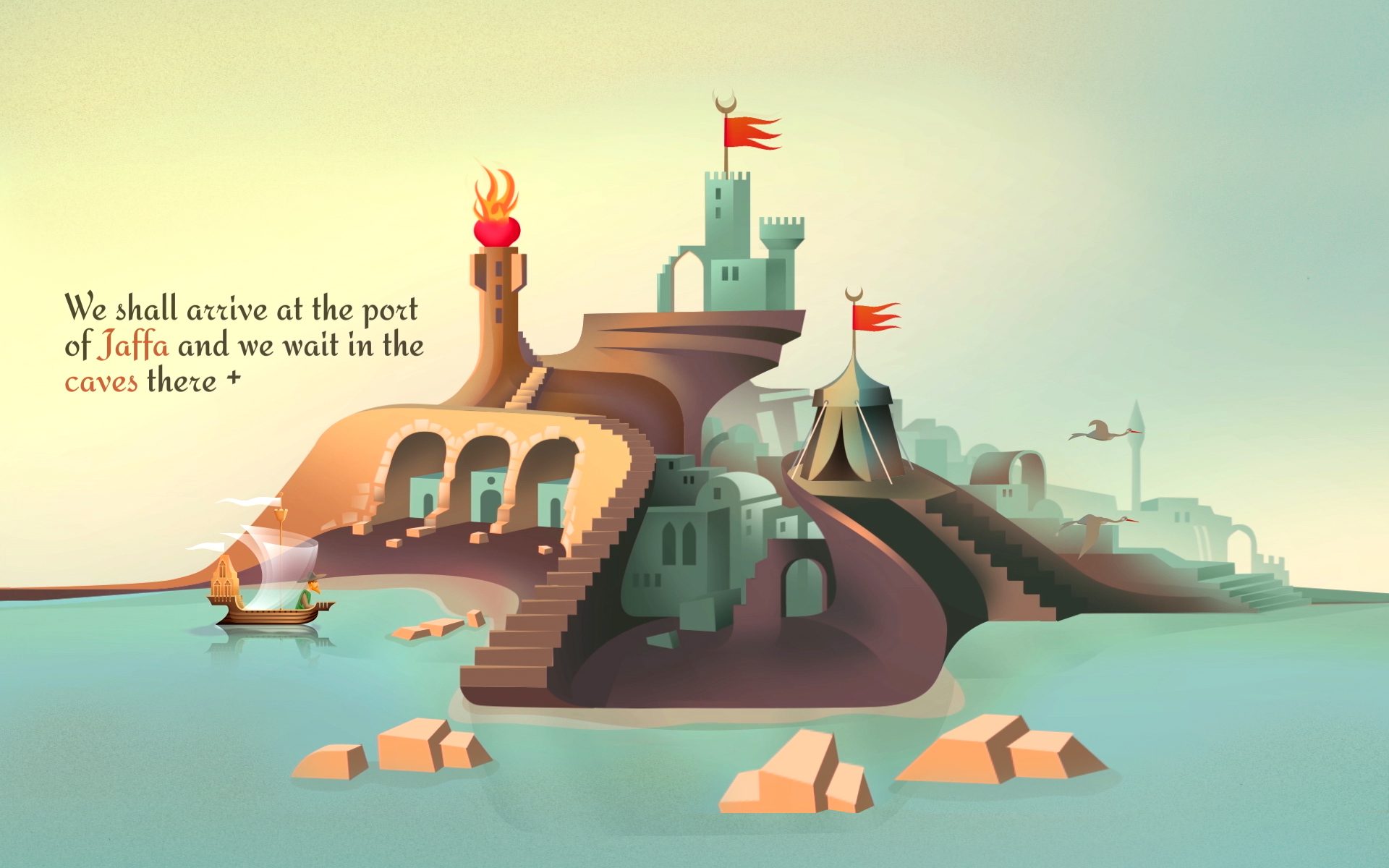 ‘The Matter of Jerusalem’ directed by NERD Productions’ Shay Hamias ‘was recently selected to be displayed at the Bodleian Library at The University of Oxford as part of the ‘Redesigning the Medieval Book’ display, alongside the original fifteenth-century manuscript it is based on.  The exhibition explores the origins of early English graphic design and features works from a selection of artists as well as over 60 manuscripts and objects from the Bodleian collections.

Using the fascinating stories, illuminations and illustrations found in medieval manuscripts, Shay sought to push the boundaries of the relationship between animation and medieval books.

The ‘The Matter of Jerusalem’ project was born from a collaboration with Professor Anthony Bale, a medievalist and expert on medieval books. Together, Shay and Anthony examined original decorated medieval manuscripts and set out to bring them to life.

Shay kept medieval sensibilities and iconography in his animations but did not retain traditional ways of drawing. He says, “I was particularly inspired by the way in which the margins of medieval manuscripts are usually more animated and tell a story, an idea that was replicated into the animation – we leave the page and dive into the world of the margins.” The text featured comes from William Wey’s travel guide for pilgrims to Jerusalem (c. 1462) which is presented to accompany the illustrations. The accompanying music is by Nell Catchpole and multi-award-winning artist Hofesh Shechter and captures a sense of writing, of the sea, and of going to the East.

In medieval manuscripts, design and illustration are provided as tools for the viewer/reader to enable them to decode the narratives, using a visual language that would resonate with them and locate them mentally. The manuscript was worked through as a creative piece, part planned, part improvised, with ideas discovered in the material process of the making. Similarly, animation lends itself to translating inner thought and inner states, in a creative process based on lateral approaches to thinking and the use of associative emotions and imagination. Shay’s project explores the parallels between the two media, through modern visual language infused with medieval iconography. As digital culture challenges us to develop our thinking about media old and new, this project launches a completely original combination of ways of seeing and of animating stories; using non-cognate disciplines and tradition –Shay has created a new interface which can lead to a new understanding of what ‘animating the page’ might mean.

The whole project was illustrated and animated in After Effects.

More info on the exhibition can be found here.