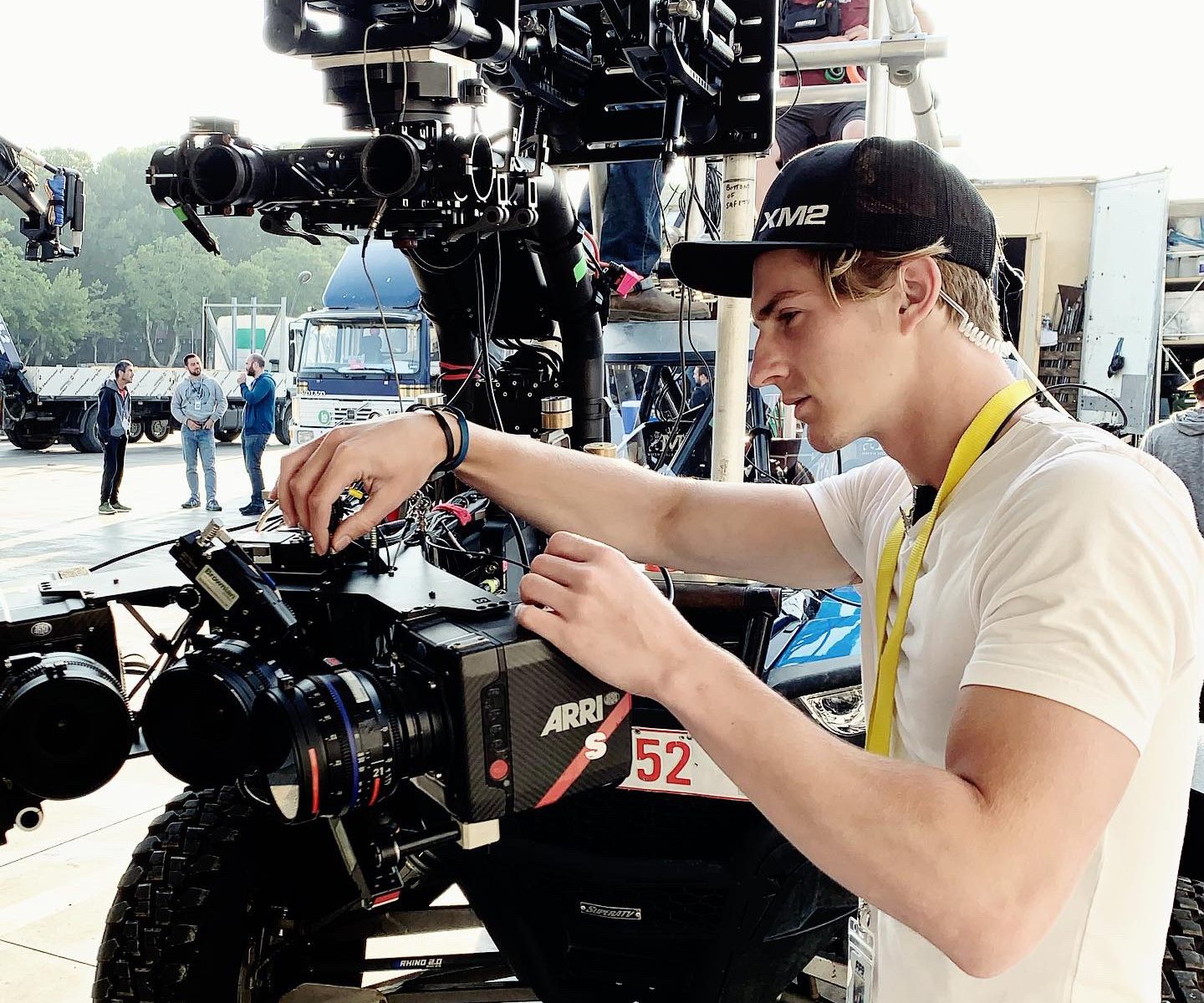 NERD welcomes Lewis Andrews – a young director with a distinctive cinematic style, who filled our hearts with joy and excitement for future projects together!

We asked Lewis a few questions about his career, passion, and future plans:

How did you manage to get such a large folio at such a young age?

I dropped out of school to pursue my passion for filmmaking as I was already doing what I loved. I weighed it up, is leaving my education any more of a risk than pursuing a university degree in film? The point I am trying to make here is, curating a large portfolio happened when I took the right risk for myself.

The first pivotal project in my career was a short documentary film I made for a pub in my town Hertford, called The Dog and Whistle. I was highly lauded by locals when the film came out on YouTube. I decided to start my production company Wonderfilm Pictures to help market my work. I got contacted by various people after the pub film release, including a content producer at Sky Sports. Since then I have worked with Nike, Vogue India, Puma, Red Bull, Sony Music and more.

My leads continued to expand through recommendation and word of mouth. I have been very fortunate in my career which has taken me to over 10 different countries. My portfolio is like one big spider gram of stories, mis happenings and coincidences which exemplify how the world is small and everyone knows everyone.

My first ever job on a feature film was changing the bins on set. I remember the bizarre feeling of competition, even with the other fellow bin changers in my department. As if there is anything you can possibly prove to anyone important on a film set with the insignificance of changing the bins, in order to hopefully become a world class film director one day, I had to fight for my position as top janitor first.

I have since been fortunate enough to work on some huge feature films Mission Impossible, James Bond, Fast And Furious and Cinderella with an excellent company XM2 Pursuit, world leading aerial cinematographers.

What advice would you give to anyone who wants to pursue a career in directing?

A key thing for me has been creating opportunities for myself. Good advice I would give to someone is to be polite, sociable and introduce yourself to as many people as possible. Try to form connections in all departments because you never know who can help you and vice versa – from your fellow bin collector to an assistant director.

If you find yourself on a set one day, right at the bottom, feeling a million miles away from where you want to be, just know it is a very fortunate position to be in.

What inspires me are ideas. I love the melding of components that make a concept great. I get inspired when people take things creatively to levels that have not been attempted before. I get inspired by ideas that are so fresh you feel irritated that you didn’t think of them first. Elon Musk is an inspiration of mine because I think he is possibly one of the most influential people alive at the moment. I think Kanye West, Drake, The Weeknd are doing marvellous things for the creative world.

There are too many actors and directors to name that inspire me. Steven Spielberg has always been at the centre of my inspiration for style of direction and editing. In particular, I think he makes his imagination feel the most real to the audience. His movies make imagination feel real. I think he captures disaster in a very realistic way, forcing you to feel immersed in his movies. I have always been inspired by the vastness of space and how little we know about it. I get inspired thinking about how different things could be in the future. Some of my favourite movies are War of The Worlds 2005, Empire of the Sun, The Joker, I, Robot, No Country for Old Men.

What excites you the most about joining the NERD talent roster?

I am excited to be amongst such a wide representation of diverse talent. I love the approach of the team; they have been so positive and detail-orientated when giving feedback about my work. Their staff have all been welcoming and they encourage creativity. I can tell that NERD’s founder Milana Karaica has a wealth of knowledge and I would learn more from her. I have joined the NERD talent roster at a rather strange time in history, during a global pandemic. When the world is a bit more normal, I would love to meet the NERD team in person.

What is one thing that most people don’t know about you?

I once worked in a Michelin star Chinese restaurant in St James, London called Imperial Treasure as a commis chef. I love to cook for my girlfriend in my spare time and one day I would like to launch my own brand of cupcakes.