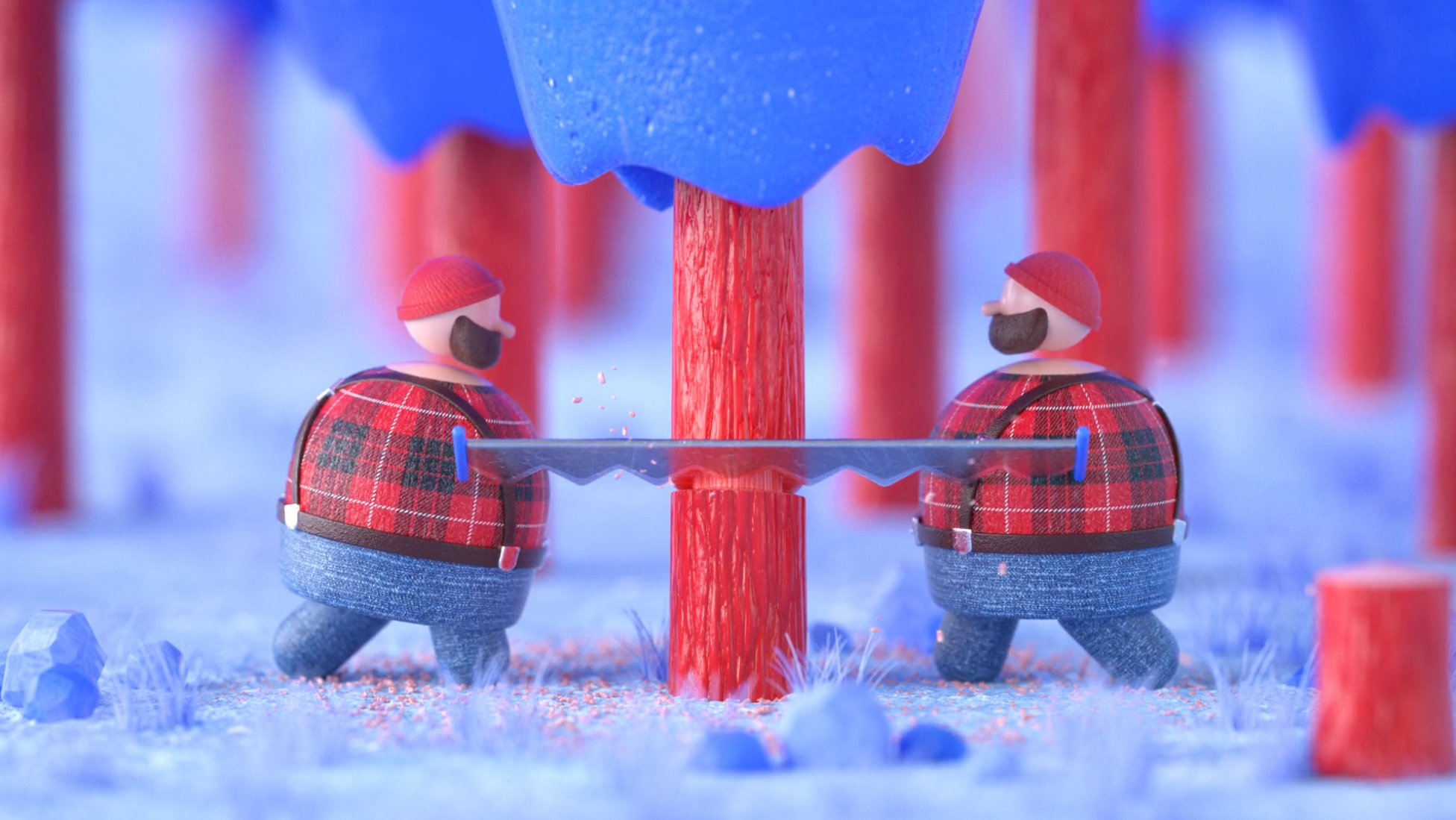 Christmas came early here at NERD! We’re excited to spread some brotherly love through our roster as we say our season’s greetings to Chris and Tyler Guyot, the brothers who founded Toast.

Specialising in 3D animation and illustration, Toast was launched when these two siblings’ visions aligned after years of working solo in the industry.

Chris’ career began when he naturally discovered video editing and marrying audio cues through his love of music, playing the guitar in his parent’s basement as a teen.

“What I loved most was the magic of making something “come alive” on screen both visually and audibly. This naturally developed over time and evolved into the discovery and love for motion design.” – Chris Guyot

“When I was in high school I saw Chris enter a contest to create a poster for a human rights issue. I remember watching him spend, not even exaggerating, well over 70-80 hours on it over the course of several weeks. It was then that I developed an appreciation for the process, and decided this is the world in which I wanted to play in.” – Tyler Guyot

Fast forward a few years, the studio has crafted for prestigious clients such as Apple, Google, Facebook, Amazon, Disney, Nickelodeon… and there are many more where that came from.

Right away, our founder Milana Karaica became drawn to Toast’s vibrant, playful yet tactically clean and sophisticated approach to 3D animation. They describe their work as “an extension of their imagination” and our worlds aligned more closely through our core values, what we stand for and what we’re aiming for. The signing was a no-brainer.

Oh, but you ain’t seen nothin’ yet! In the coming months, we can’t wait to share more with you from this visionary team through our website and socials, so keep an eye out. Be sure to stand by for some lovingly crafted goodies.

Welcome to the family, Toast!