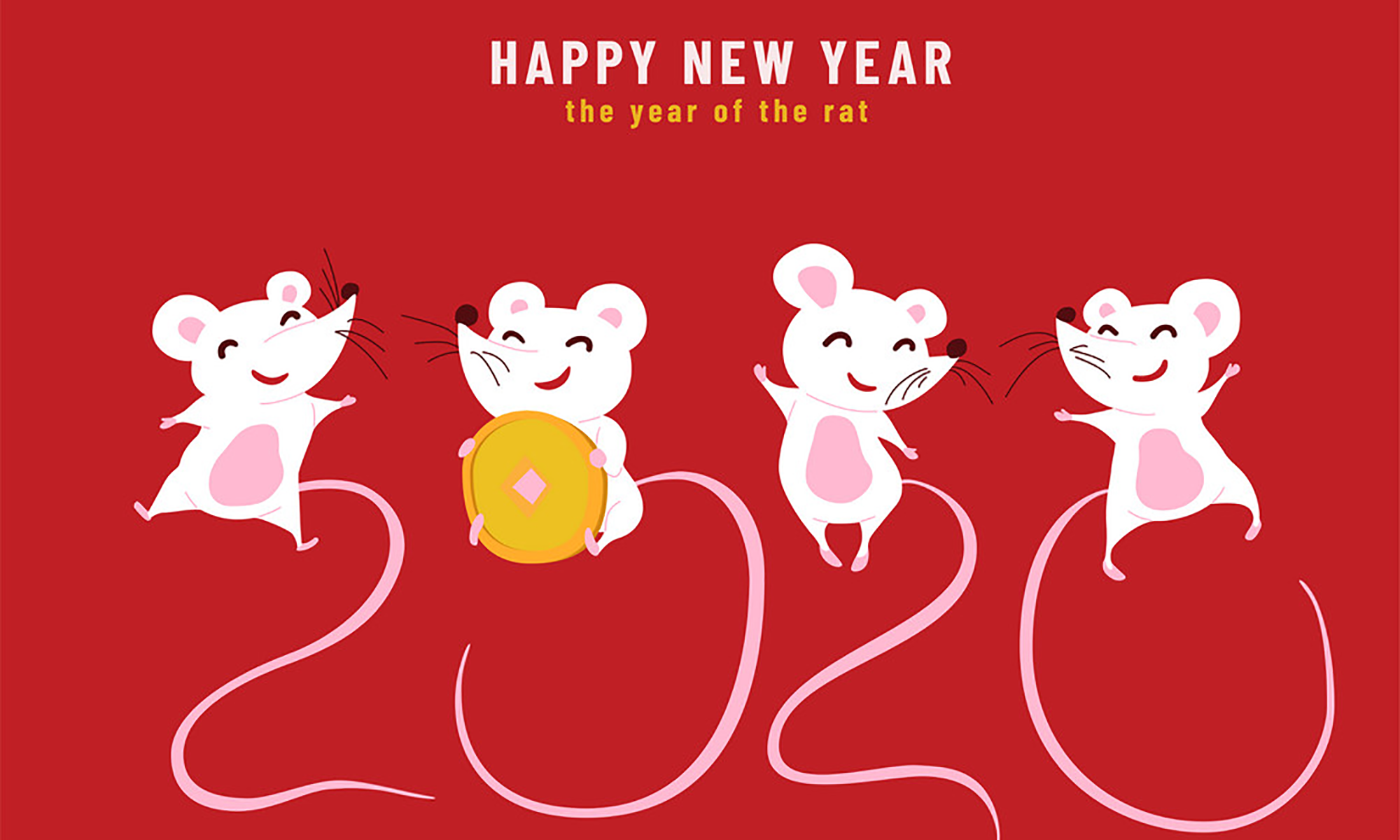 Chinese New Year is almost here! Have you ever wondered what this colourful, elaborate celebration is all about? What’s the meaning behind it, why is it celebrated? Well, Google search no further. Animation director Sharon Liu talks superstitions, the Chinese Zodiac, folktales and what the fortune for those born in the Year of The Rat is destined to hold.

Chinese New Year (also known as the Spring Festival) is very much like Christmas and where all Chinese communities come together across the world. Unlike the universal New Year that falls on January 1st, Chinese New Year never takes place on a fixed date – instead, it occurs according to the Chinese lunar calendar.

It comes with a 7-day long holiday to celebrate the start of spring, meaning some very much appreciated time off work or school and lots of family time, such as endless special meals together and playing fun, traditional games like Mahjong.

Mahjong is a tile-based game (like Rummy) that involves players gathering around a square table (yes, it must be square). The rules are very complex (not many young people know how to play it, including me) and it can last a long time with many rounds over several hours, along with as much noise as possible made when clattering the tiles on the table.

My favourite part of the festival and the most talked topic during Chinese New Year would be the Chinese Zodiac. It provides guidance on how people should live their lives and what to pay attention to in order for their new year to go smoothly. The zodiac was based on Chinese astrology and was used as a way to count years, months, days, and hours in the calendar. It runs on a repetitive cycle of 12 years, each year being represented by one of twelve animals, a bit like a horoscope. Zodiac signs play an integral part in Chinese culture and can be used to determine your fortune for the year, your marriage compatibility, career fit and so much more.

Some of the 12 animals were chosen as they closely relate to the lives of ancient Chinese people, including domestic animals like an Ox, Goat, Rooster and Pig. Others were chosen because they have lucky meanings and are well-loved, including a Tiger and a Dragon.

Some people might wonder why a Cat is not included in the zodiac. One of the folktales my parents used to tell me was:

The Jade Emperor (imagine Zeus) decreed to select 12 animal signs from the creatures all over the world. The news was heard by Cat and Rat who were good friends and they decided to go together. The Cat was afraid that he would get up late, so he told the rat to wake him up next morning and the Rat readily agreed.

In the next morning, however, the Rat went back on his word – he got up stealthily, left without saying goodbye, and was selected as the first animal in the 12 signs. Since then, cat and rat became enemies for generations.

What does the Year of The Rat mean?

2020 marks the year of Rat, which symbolises a year full of energy and vitality. The Rat is seen as a sign of wealth in Chinese culture and it’s said that people born in this year are considered to be clever, quick thinking and successful, although they are content with living a quiet and peaceful life. They enjoy saving and collecting, with little financial hardship and live organised lives, without seeking praise or recognition. Fortune also says that Rats will experience both successes and failures, with success showing itself in the workplace and education, whilst relationship and health will be the areas that suffer.

To conclude, the year has a far better outlook than one’s typical zodiac year suggests. Their natural ability to create success is a gift, a gift that will prove itself in financial gain.

If you are feeling nervous about the year ahead, protect yourself with a Buddha statue. And have hope for good times to come amidst misfortune. Wishing everyone a Happy Chinese New Year this Saturday!

Want to learn more about NERD? Get in touch.